Cockroaches are distinguished by their very long whip-like antennae, flat oval bodies and rapid, jerky walk. The adult German Cockroach is a light yellow/brown and is 10 to 15mm long. The Oriental Cockroach is dark brown/black and is 20 to 24mm long. Immature stages of Cockroach, look exactly like adults, just on a smaller scale. There are two main species of cockroach in Britain, Oriental and German Cockroaches.

The German Cockroach carries its egg case until the 30 or more nymphs are ready to hatch. The Oriental Cockroach deposits its 13mm long egg capsule on the packaging, sacking or in suitable dark crevices before the 16 to 18 nymphs hatch around 12 weeks later. They grow in stages, from nymphs to maturity in 6 to 12 months for the Oriental Cockroach, and 6 to 12 weeks for the German Cockroach.

Cockroaches are rarely able to survive out of doors in the British climate but thrive around the heating ducts and boiler rooms of large centrally heated buildings e.g. hospitals, bakeries, hotels and restaurant kitchens, and blocks of flats. They cluster around pipes, stoves, and sinks, especially in humid areas, and will often remain hidden during the day.

Cockroaches will feed on almost anything, including refuse, faecal matter and food for consumption. They also require access to water and will be generally found in inaccessible harbourages, close to water and food. Cockroaches can survive for several months without food, but will not live for more than a few days without water.

Signs Of Cockroaches In Your Property?

How To Get Rid Of Cockroaches

Control of cockroaches is hard because of the difficulty of getting the insecticide to the insect. The insecticide, ideally, should have sufficient persistence to kill the nymphs hatching later from un-hatched egg capsules. For any cockroach infestation, we would always recommend contacting a professional pest control company. However, if you decide to carry out the work yourself then you can buy amateur use insecticides from a local hardware store. Before you do anything please consider the following steps:

• Hygiene - A thorough clean of the area should take place prior to the insecticidal treatment. Pay particular attention to removing food and water sources and hiding places.
• Sticky traps - The use of sticky traps is not recommended for controlling cockroaches, but should be used for monitoring purposes only.
• Insecticidal control - The success of the treatment depends on what insecticides are chosen, and how thorough the application is. Remember to pay particular attention to cracks and crevices where eggs and nymphs may be found.
• When using any insecticide, make sure it is administered in a safe and secure manner, and those products are kept out of reach of children and pets.

Leave It To The Professionals 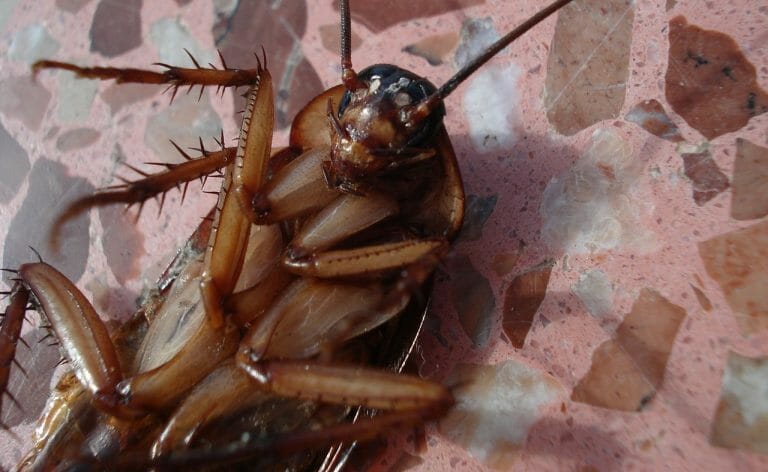 Cockroach Control For Your Business

All quotes are free of charge and come with no obligation to proceed, regardless of the issue being surveyed.

Our staff are all trained to the highest standards with RSPH Level 2 being the minimum requirement to work as a professional pest control technician. We also have staff who hold IPAF, PASMA, and the BPCA Diploma 2 qualifications.

Check out our reviews on Checkatrade, Google, Facebook, and Trustpilot to see just how good we are and give you the confidence that you are dealing with the experts you need.

We are proud members of Checkatrade, CHAS, BPCA, and CEPA

We also hold the ISO 9001:2015 accreditation which demonstrates that we have a high level of quality management in place to support the business and its client base.

Pest Control Solutions For Your Industry

Find Out About The Integrum Way